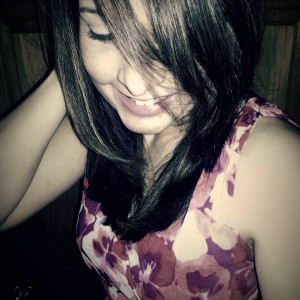 Sometimes I wonder why people are so quick to let the world know their bra color to support breast cancer, change their profile picture to a cartoon character to raise awareness about child abuse, or even take an ice bucket challenge in support of ALS without knowing what ALS is, yet few talk about the issues itself.

So you posted your bra color on social media; did you talk to someone about breast cancer prevention or monthly self-exams? Probably not.

Your profile photo is a cartoon character; did you talk to your friends about child abuse, or volunteer your time to a charity that helps children? I dare say most of us didn’t.

The famous ice bucket challenge… How much money did you donate? Since taking the ice bucket was the alternative to donating money I’m going say that very few people donated any money for research.

Despite that, it seems so much easier for people to do these things than talk about Cervical Cancer. It makes me realize that despite how progressive and evolved we think we are (a society that fights for a woman’s right to choose, marriage equality, and other things we wouldn’t have dared to think about in past years), there is still stigma surrounding HPV and Cervical Cancer.

Most people don’t think they will be affected by HPV and/or Cervical Cancer
until they hear the dreaded words “You have cancer”, or see a friend fighting for her life.

In the last few weeks I’ve heard people tell me “My daughter won’t get HPV because she is a good girl, she’s not going to have pre-marital sex” or “This is the first I’ve heard of HPV” or “I haven’t had a pap smear since I had my last baby who is 7 years old now.” To me, that is scary as hell, and that’s why I feel the need to talk about it.

HPV and Cervical Cancer can affect anyone, and I mean anyone. I’ve known women who’ve had only one sexual partner get HPV, and prostitutes that tested negative for it. If you think this is a disease of the promiscuous, just as AIDS was thought of in the 1980s, think again.

At least 79 million people are estimated to be infected with HPV; most of them don’t even know it. It is a scary number, and yes, it is a scary virus that can have devastating consequences. However, there are things that you can do to protect yourself and your children from the risks of HPV and Cervical Cancer.

January is Cervical Cancer Awareness Month; which is why I’m hosting a screening of the film “Someone You Love: The HPV Epidemic” in Milwaukee, Wisconsin.

Come see the movie. Invite your significant others, friends, daughters, sisters, brothers; make it a group outing! Imagine if 100 people came to the screening… that would be 100 more informed people in the area; 100 individuals sharing with their families and friends what they saw and heard. It would translate into more people taking control of their health.

Come, be informed, be empowered. We can break the stigma. We can take action.
We can eradicate Cervical Cancer!

Maria Franklin is a 15-year cervical cancer survivor who is excited to be attending Cervivor School.

“Someone You Love: The HPV Epidemic” will be showing in Milwaukee, Wisconsin on January, 21.