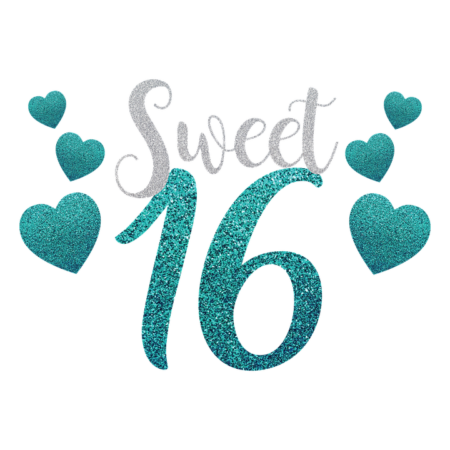 It’s my cancerversary. My “Sweet 16th” to be exact. I remember my own 16th birthday. Sixteen is the birthday and party every young girl looks forward to. I remember mine and just how wonderful it was. It was in my parent’s backyard and it was a big cookout and my first official co-ed birthday party. It was a big deal! I remember the decor — pink and purple everything. There is a VHS tape somewhere with all of its epicness.

So much has changed in my life since 1991. It seems like a lifetime ago. In between all of the wonderful and amazing things, I moved away from my home state, lost both of my parents, survived cancer at 25. and launched a movement to get women talking about cervical cancer.

This morning when I woke up, I gave thanks for still being here. I know it is a blessing. There are so many people who are not lucky enough to still be here or who are fighting for just another day. I don’t take these sixteen years lightly. Whether cancer-related or not, tomorrow is not promised. That’s the very reason I live my life with no regrets and on my own terms.

Life is meant to be lived. Today I’ll be adding to my “wishes, hopes & dreams” list. And thinking about how I will make it all happen. I’m a visual person and I like to look at my list and map out a plan. If there is one thing cancer taught me it’s that the perfect time is now. I don’t do a big five-year plan. My plans are all “now”. It’s okay if some of them don’t happen until five years or more. What’s important is that I know what they are and I have a plan to cross them off of my list. And it’s a bold list! 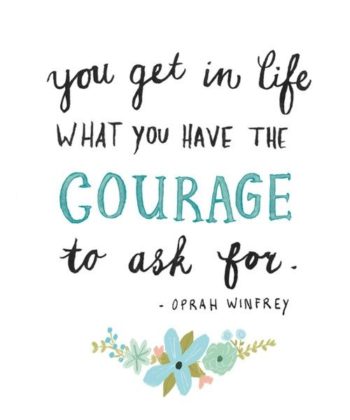 I’m happy. When I think back to 2001, sitting in the doctor’s office and hearing those words, “You have cancer,” I never thought I would feel this alive and happy. Cancer comes into your life and consumes every single aspect of your world. At times, even when you physically feel good, the mental anguish of a cancer diagnosis can feel overwhelming and inescapable. It’s a feeling of suffocation, like you will never be able to catch your breath. It’s a feeling that others who haven’t experienced cancer, just don’t understand. They don’t get why it takes so long to bounce back. Even now, it’s still hard to put into words. But, here I am 16 years later, cancer free and happy. I don’t need a big fancy party (but I’m always up for one!); today for me is about knowing I am alive. I used to think these extra years were bonus years, on borrowed time. I realized about three years ago that I had it all wrong. It’s not borrowed time. It’s my time to live my life, and that is exactly what I am doing. Life is sweet. Happy 16 to me!

Tamika Felder is the Founder and Chief Visionary at Cervivor. She is currently raising funds to bring a South African Cervivor to Cervivor School. You can donate here.

I met Ita when we were little girls in school, she was a year older than me and a class ahead; frankly, I don’t think we talked much at that age but then we were tweens and teens things changed. Not only were we in the same school but now we were both in the same Pathfinders Club (if you are wondering, it’s like a Christian coed scouts club); we had lots of fun during those years and one thing I do remember clearly, she was always smiling and making jokes! She was great to hang out with!

The years passed and obviously, we outgrew Pathfinders and as expected everyone moves on and pursues their own interests. I would continue to see Ita every now and then at church activities or at her family’s hardware store as my family was building a house. She was always smiling and asking how things were going and we would chat for a while about friends we hadn’t seen in a while and such, it was always great to see her. She was just one of those people that was easy to talk to, super friendly and, I kid you not, she was always smiling. Life took us in different directions and we would not see each other or talk for years. Thanks to Facebook, we reconnected at some point and I could see she was doing well and was still showing the world that ear to ear smile.

I was concerned the first time I saw she was taken to an emergency room due to a hemorrhage and reached out to her best friend because I knew that scenario too well and I feared the diagnosis; a few days later it was confirmed: Ita had cervical cancer. I can’t even describe the feeling you have when someone you know is diagnosed with the same thing you had. This illness is something you don’t want to share, something you don’t want anyone else to have. This illness is not chickenpox; you don’t want “your other children” to get it and get it over with… You just don’t want anyone else to have to go through this. I knew what she was in for and I didn’t want this for her.

I don’t know how this happened but my thoughts went from fear to “let’s get her to Cervivor School Puerto Rico so she knows she is not alone in this”. I wanted her to be surrounded by other women with similar diagnosis and hear stories of hope and meet survivors; thanks to her great friends, Ita came to Cervivor School Puerto Rico and we reconnected.

She looked thinner and weaker than I remembered but she still had that great smile! I asked her how she felt and she said “¡En victoria!”; she still had it in her, she was still that ray of light!

That is exactly who Ita was: a ray of light! Ever since I can remember she has been a ray of light! I honestly cannot recall a time I saw her without that smile. I look at her photos and there it is — the big smile. She was so positive and hopeful and this cancer did not change that in her; not matter how bad it got, she still smiled and cared for others. She set the bar high for the rest of us.

As her family and friends say their final goodbyes; I find myself an ocean away thinking of how I will remember this girl I met in my childhood and with whom I shared many fun times but also a bond I never wanted to share with anyone: cervical cancer. I know I’m going to remember her smile, that’s just impossible to forget; but I will also remember her as a woman of incredible faith, a fearless warrior, my brave Cervivor sister who didn’t lose this fight but showed us how to fight with strength, faith, hope, and a smile in the face. RIP querida guerrera, until we meet again.

Maria Franklin is a Cervivor School graduate and ambassador. Read her story here.