“In September 2012, I had a pap smear as part of my routine maternity care during my pregnancy with my third child. The pap smear came back abnormal, so I was referred to a regular OB/GYN for a colposcopy, a test that uses a vinegar solution to highlight possible abnormalities. There was also the possibility they would perform a biopsy.

It took about two weeks for me to get the results, and when the doctor called, she sounded like she was giving me the worst news of my life (little did I know). I was told that the biopsies had come back showing intermediate to high grade dysplasia and that I would need to come back in my third trimester for another colposcopy. I was also advised to consult with an oncologist. Treatment options were not really available during pregnancy (this is usually when they turn to LEEP or a cone biopsy), but it would be good to have options lined up after I gave birth. 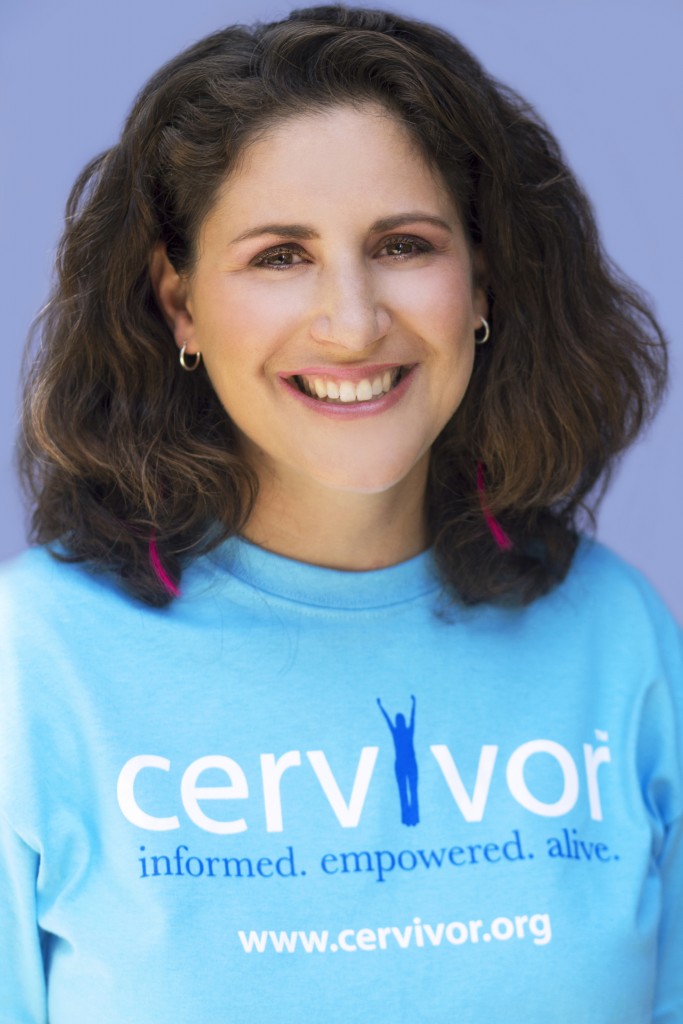 When I got off the phone, I didn’t know what to think. About 10 years earlier, LEEP was recommended after I had an abnormal pap smear and a colposcopy, but I got a second opinion and was told these things sometimes go away on their own. I decided to wait and see, and every pap smear since was normal. This was my first abnormal PAP in 10 years.

On May 23rd, 2013, I give birth to a healthy, happy baby boy. Six weeks later, I returned to my midwife for a postpartum visit. Knowing I hadn’t done any follow up on the abnormal cells, my midwife did another pap smear, and felt what she described as a mass about 1 cm large. This time, I made an appointment to see an oncologist.

During my examination with the oncologist, I was told the mass didn’t look like cancer, and was likely just a fibroid. To be on the safe side, they took a biopsy. After the exam, the oncologist went over tests and lab results with me to explain what they may or may not mean. He reviewed the statistics, repeating what I had already read:

My husband and I left that appointment feeling pretty good; we had dodged a bullet. A week later I received a phone call asking me to come back in as my test results were abnormal. Once I meet with the doctor, he gave me the news: It’s cancer.

After my diagnosis, I underwent anesthesia for a planned cold knife cone biopsy. Once I was under, the determined that my tumor was too large to be removed that way, and I would require a radical hysterectomy.

I’m still trying to figure out how having cervical cancer and being a cancer survivor fits into my life. Having cancer came as a shock to me. I have always been a very healthy person. I have 3 wonderful children, and I was planning on having more. Cancer took that choice away from me. Cancer brought me to some very low places. It’s also brought me to some unexpected highs. I have met amazing people. I have been loved and supported by family members and friends. My strength has been tested and I survived.

Most people I talk with know next to nothing about cervical cancer. I didn’t before I got it. I want women to understand their bodies; to know what these exams and tests mean. I want women to know that there is a vaccine that can prevent cervical cancer. My cancer was caused by HPV, and there is a vaccine for HPV. I plan on vaccinating all three of my children (my daughter and two sons) when they are old enough.

I haven’t quite come to grips with being a cancer survivor yet. I still worry about recurrence, and I still have bad days where I cry about what I’ve lost. But, I do take pride in being a survivor. I know my own strength. And I know that if you are facing cervical cancer, you are not alone. There is an amazing network of women out there who care deeply about helping. I hope by adding my voice, and telling my story, I can make a difference.” – Juliet Glaser

If you would like to read more about Juliet’s fight with cervical cancer, check out her blog: ButIAteSoMuchKale.wordpress.com