It is estimated that 95,000 women in the U.S. will be diagnosed with one of the five gynecologic cancers this year. Of those 95,000, approximately 28,700 will die. Gynecologic cancers don’t discriminate. No woman is immune. September is Gynecologic Cancer Awareness Month. This month, we are raising awareness about the cancers below the belt – the ones that we don’t always want to discuss – but that we should be aware of all the same.

One survivor, Marianne, shares her story below. 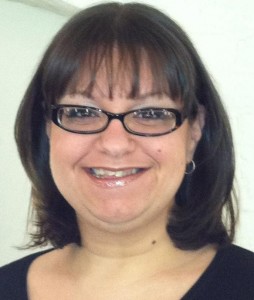 September holds a variety of feelings for me. My “cancerversary” is September 7. I also get my “big scan” and have one of my three-month check-ups during September. The combination of those both provide me with more anxiety than all of my appointments for the year do! But, then again, waiting to find out if your cancer has returned will do that to a person. I’ve been considering starting to take a herbal anxiety remedy around this time every year, just to help me stay sane as it really does get on top of me. There is a michigan dispensary that looks promising, but something closer might be better.

When I was diagnosed two years ago I had a premonition I would be one of those people who would end up “doing something” because their life changed due to cancer. Fortunately, I met a lot of other people like that so I could start my own journey to help others.

But let me start at the beginning. I was diagnosed with stage IV endometrial cancer in 2012 just two weeks before 33rd birthday. Pretty hideous, right?

The severely abnormal bleeding started on the night of January 9. As someone who was diagnosed with PCOS (polycystic ovarian syndrome) in my teens, abnormalities surrounding my period were not unusual to me or my gynecologist. However, this was more severe. My gynecologist surmised I had fibroids and gave me multiple courses of medications to stop the bleeding. It never stopped. She had me scheduled for a D&C (dilation and curettage). The sonograms I had before the D&C all showed masses on the inside and outside of my uterus (at the time this was believed to be internal and external fibroids given my age and symptoms).

On January 26, I was told I have cancer.

I was home from work with a debilitating migraine when I received the phone call. I told her I would come to her office with my mother that afternoon.

My gynecologist had preliminary information based on the pathologist from the D&C, which showed I had cancer in my endometrial layer. The sonogram showed that my uterus was also affected, not just the uterine layer. When my doctor told me I would need a hysterectomy, I was beyond devastated. Having this choice ripped away from me has remained one of the hardest things I have ever dealt with.

I was prescribed a variety of painkillers for the worst abdominal pain imaginable. The pain was so unbearable that it interrupted a birthday dinner with my parents. I was also grappling with high blood pressure due to the pain and stress. Eventually, I was prescribed anxiety medication. After my blood pressure and anxiety was under control, I was cleared for a 7.5 hour surgery on March 15. The procedure ended up being a two-part operation, as my cancer had metastasized to my liver.

After surgery, I was in for a whole new journey. I experienced hot flashes and other menopausal symptoms. My doctor had discovered that I had a microscopic layer of cancer covering my abdominal layer and bladder, chemotherapy would be my next stop. I was even more terrified of chemo than surgery! My doctor gave me the book Beauty Pearls for Chemo Girls by Marybeth Maida to help me through. Paclitaxel and Carboplatin (Taxol/Carbo) was my prescribed cocktail- six rounds, one via intravenous, every three weeks. April 10th was my start date. The side effects were horrendous! I could not work, I had debilitating joint pain, neuropathy, and could hardly walk the first week of each round. I am presently still dealing with the joint pain, neuropathy, and the chemo induced asthma.

My doctor told me I should expect my hair to be gone between my first and second round. My hair was coming out in clumps, but I still had enough of it to hide that anything was wrong. With an updo and a lot of hairspray, I fooled everyone. But soon, I had to stop fooling myself. The clumps had left bald spots. I scheduled an appointment with my hair stylist. I cried with her as she sent me off to battle armed with a new look and an introduction to my wig-maker. Thanks to the wig, I felt confident and normal during two of my best friend’s wedding.

As the chemo freight-train kept barreling over me and my life, I did the best I could to hide that I was someone fighting Stage IV cancer. I started camouflaging my lack of eyebrows and eyelashes by being a cancer drag queen. I drew on eyebrows, used eyeliner to give an illusion that I had full lashes, and applied fake lashes to hide the ones that were missing.

When I felt well enough to leave my house, I would take advantage of that time to enjoy summer. I spent time with my friends and worked out with my trainer. Prior to my diagnosis, I had lost over 200 pounds. However, due to the stress and chemo, I had gained nearly 50 pounds. My self-esteem took a big hit, but I had a lot of people supporting me.

My treatment ended on July 30, 2012. Although I was still reeling from some of the effects, I finally started to feel normal again. I was able to live with a renewed sense of purpose. On September 7, I got an email from my oncologist telling me that my PET scan came back clean. The chemo worked.

When I started feeling better, I worked to lose the 47 pounds I had gained during treatment. I managed to keep my anxiety under control and not completely return following the surgery. However, I would definitely recommend anyone who suffers from anxiety to Click here to look at supplements that can possibly help you to manage it before you look around at other sites and find which is best for you. Anyway, back to me. I even made the decision to start the process of studying with the National Academy of Sports Medicine to become a Certified Personal Trainer. Given my history, this has become a passion where I can help people by using my own experience. In the near future, I will also be working on obtaining certification in nutrition and exercise for cancer patients and survivors. I celebrated my third Cancerversary this year and look forward to celebrating many more. 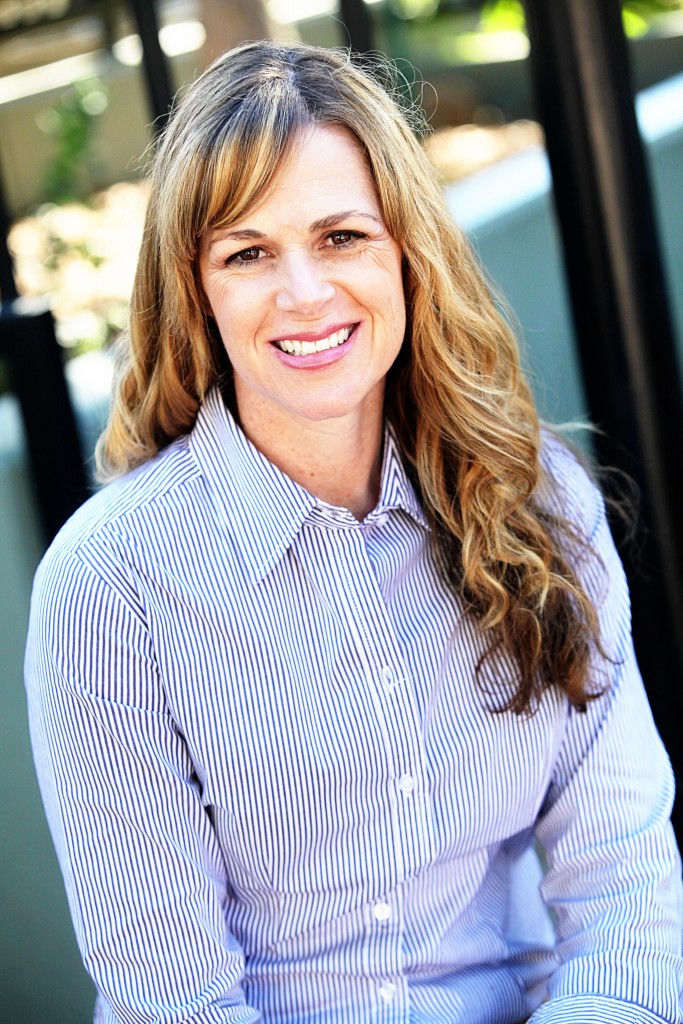 I was one of those All-American kids. I did life the way I was supposed to. I graduated from high school, graduated from college in four years, and obtained a Master’s Degree and a great job by the time I was 23 years old. Life was good. I had an amazing family, an amazing church family, and an even more amazing group of friends.

That all changed when I was about 30 years old. I was happily married, solid in my career, and thinking about a baby when I started having some health issues. First it was horrible vertigo, then it was abnormal bleeding, and finally a hemorrhage that landed me in the emergency room at a local hospital. With my husband by my side, they asked me some very tough and private questions. The doctor on-call announced they needed to do a biopsy to find the root of the bleeding. I was horrified… the whole night seemed like a bad dream.

Fast forward three days, and I am sitting in an office of an OB/GYN I’ve never met. He said the words I would have never expected, “You have cervical cancer.” I was astounded. I was 30 old and I had cancer. How could this be? I had gone for a pap smear like clockwork, every year since I was 16 years old. I followed the rules. They had to be mistaken. But they weren’t. I was told it was Adenocarcinoma, that it was stage 1B/2A, and that I was lucky they found it when they did. Later, I learned that is was 7 cm tumor that by the grace of God had stayed contained to my cervix.

Much of that day seemed like an out of body experience. I was hearing words and terms I had never been a part of my vocabulary. Words like, HPV, clear margins, and metastasize. I was told I would no longer have the chance to have children and that I would be admitted to the hospital and going upstairs to a room they had ready for me. There were nurses, IVs, CT Scans and X-Rays awaiting my arrival. I felt like I had been punched in the gut. I looked at my husband of two years in horror… No Children? Chemo? Radiation? Hair Loss? It was almost too much.

My cancer journey began on a Thursday afternoon on August 25, 2005. I decided that day that I would not let cancer become my identity. I would battle through 6 rounds of chemotherapy, 25 rounds of external beam radiation, and 5 rounds of brachytherapy, and then I would proceed with life. If only it could be that easy. My cancer battle lasted 4 months, but my journey will never end.

After I finished treatment and returned to work, I began to realize I was not ok. I searched for support groups, other survivors, someone, anyone, who could understand what was happening inside of me. With no luck, I then decided a therapist was the best option. That was a temporary fix to a bigger issue of what it means to survive cancer.

Three years later, I did find what I was looking for. A group of women who knew how it felt when you were told you couldn’t have kids, who understood the shame you felt about the cause of your cancer, and Good Lord, those crazy side effects of radiation induced menopause. When I found a sisterhood of women, I felt like I started living again. I took control of my health, took up running, and my childhood love for soccer.

Today, 10 years later, with some literal and figurative battle scars, I proudly call myself a survivor. Cancer taught me to embrace life, to learn the meaning of balance, and to not be afraid to share my story. It’s hard to believe these words, but my cancer battle made me a better woman.