When I was diagnosed with cervical cancer, I never planned on becoming a patient advocate. In fact, it was the furthest thing from my mind.

I was 25, single, childless and scared. This was 2001 and no one was really talking about HPV. I had never even heard of it and I pride myself with being “in the know”. Hell, I was even working on a national award winning health show and it wasn’t a topic that we discussed.

As I healed from my surgery and prepared for radiation and chemo I still never thought about sharing my story. It’s ironic, because as a television producer that’s what I am – a glorified story teller. But this wasn’t a story that I wanted to share.

I was ashamed and just wanted to put it all behind me.

So I did. Or at least I thought I did. Slowly, I began pouring myself back into my work and started the grind of networking. I went back to being that social butterfly that my friends and family had always loved.

But something was different. I was different. My life had forever been changed. As much as I tried to put the pieces of my cancer riddled life back together, it just didn’t happen. The pieces no longer matched up perfectly. I didn’t fit into my own world. My energy level wasn’t the same and I thought about my experience constantly. I wondered why no one was talking about cervical cancer.

It took me three years to accept that I had cancer and it had rocked my perfectly planned world. I was one of those people who had everything planned out and cancer was not in the plans – when is it ever? But it happened and thankfully I survived — so I had to live — really live.

And so I did. Part of living my best life after cancer was doing something for those that would come after me. Like helping them to avoid the isolation that I felt as a woman with cervical cancer.

The more involved I became in the cancer community, the more the pieces of my life began to fit back together – but some of them took a new form.

When I look at the cervical cancer community, I see only a handful of women sharing their stories. I always wonder why more women aren’t speaking up. Is it because of the stigma of HPV? A lack of time? Or do they think that their voice doesn’t matter?

Whatever the reason; we need your voices.

Tell me: What’s holding you back from sharing your story? We need patient advocates to help combat this disease. We can’t leave it to the clinicians and researchers and Congress. We must have a seat at the table. We complete the puzzle to eradicating this disease. We are the messengers. Will you join me?

There are two ways you can help:

1) Take this survey and let us know what you need and expect from our community.

2) Join us at Cervivor School this coming January in Austin, TX.

I won’t stop until we put an end to this cancer – because together, I know that we can. 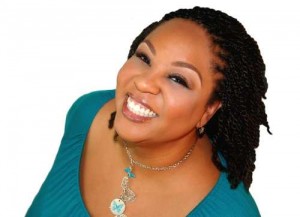