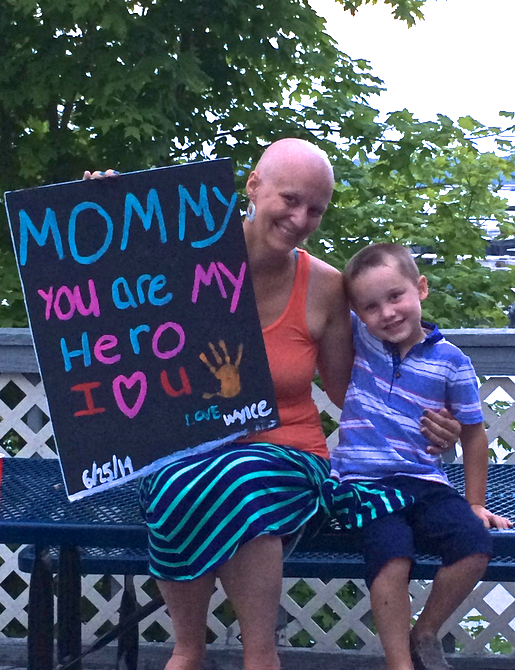 “I am Erica Frazier Stum, a mother, wife, and teacher who is in a continued battle with cervical cancer.

In October 2012, I was walking through the booths at a local festival when my life was changed forever. That is where I received a call from my OB-GYN giving me the results of a biopsy: I had cervical cancer.

I was told that I needed to see a gynecological oncologist as soon as possible. When I asked my OB-GYN what the typical treatment plan was for cervical cancer I was told a hysterectomy – even at the age of 27!

I found a gynecological oncologist who subsequently identified my cancer as stage 1B2. This specialist said I was a candidate for a special procedure which could preserve fertility. It was decided to do a trachelectomy, a 16 hour procedure to remove the cervix and surrounding lymph nodes. This approach was selected over a hysterectomy in an effort to preserve fertility; the panel of oncologists reviewed my labs after surgery and decided no further treatment was needed. During this diagnosis and treatment I had to take medical leave from my teaching position. At the end of treatment, I received a phone call that I was cancer free. However, this story doesn’t end here.

I went on living life; I was engaged to be married in June 2014, and was loving life. However, in April 2014, I was diagnosed with a recurrence; my cancer had progressed significantly. This time, I had lymph nodes involved as well as multiple tumors, including one which completely blocked off my right kidney. With this recurrence surgery wasn’t an option; the cancer had progressed too far.

First I had a port placed for treatment and a nephrostomy tube to help with the blocked kidney. I went through six rounds of carbo/taxol/avastin chemotherapy and then six weeks of external pelvic radiation and with an additional chemotherapy, cistplatin. 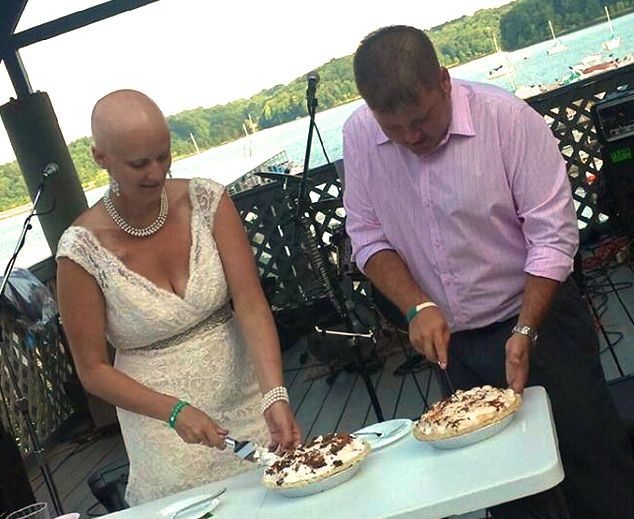 During this time, myself and JR went ahead with our wedding. Cancer doesn’t wait for anyone. We were married on June 28th and I had my second round of chemo just two days after the wedding. This treatment took a toll on my body as I had to take a six month medical leave yet again. This treatment also took something else away, the opportunity to expand my family. At the age of 28, these treatments led to the start of menopause and loss of fertility.

Relief came in March 2015 when I had a clear PET scan that left me feeling like I could move forward and leave the daily thoughts of cancer behind once and for all.

Unfortunately, 3 months later, during a routine PET scan in May 2015, a new cancerous lymph node was found. I am now facing another recurrence of cervical cancer, which is scary and frustrating.

I am getting ready to begin treatment for my third occurrence of cervical cancer. On my 30th birthday, the treatment will be an extensive surgical process. What is frustrating is that this surgery might not cure the cancer. I might face more radiation and/or chemo after this surgery. There is a fear that the cancer could go away and come back again. It seems like a never ending cycle. 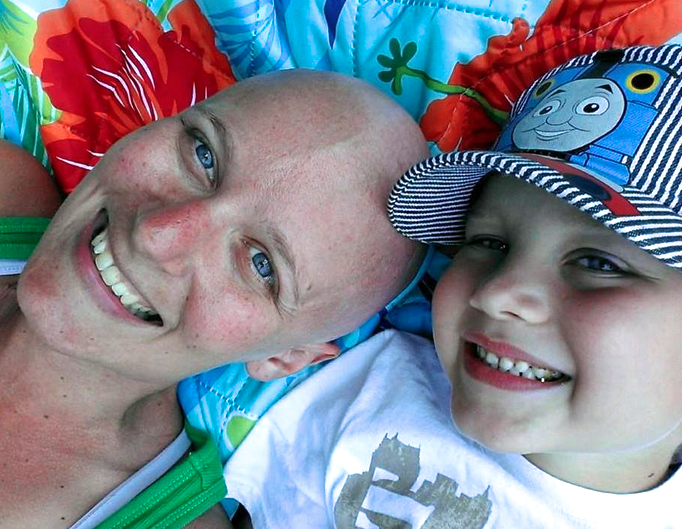 My son is now 6 years old and has had to cope with his mother having cancer for half of his life. He has lots of questions. Some days he wouldn’t want to share my drink because he didn’t want to catch cancer.

Now, he honestly knows more about cancer than anyone should, and certainly more than any of us did when I started this process. We all learned a lot going through this experience, and I want to share what I know in order to help other women with a similar diagnosis. That is why I started a blog to chronicle my journey.

When someone asked me what one message I would give to women, I said: Women need to listen to their bodies and always be strong. Don’t miss your OB-GYN wellness check-ups! If cancer taught me anything, it’s that you never know what you can endure until you don’t have any other choice; be strong, persistent, and don’t give up.

Today, I am still working towards the goal of being “cancer-free.” With strength and persistence, I won’t give up.”