Cervical cancer can affect women of all ages, cultures, and lifestyles. Contrary to stigma, there is no one type of woman who is susceptible to this disease. Here is Carolann’s story of diagnosis and survival; read on for a reminder that it can happen to anyone. – Tamika, cervivor.org

“The Circus came to my town on Tuesday, July 15th 2014. It arrived quietly and, at first, without fanfare. It camped right in my yard, looking like it planned to stay for a while. It wasn’t your typical circus; not the kind you’d ever want to run away to join. It was the Cervical Cancer Circus, and as I found out at 8:15 a.m. on that Tuesday, I was the main attraction.

Anyone who has been diagnosed with cancer will understand the crazy, surreal circus feeling I experienced in those first days after hearing the “C” word: the feeling of being in a ring with spotlights shining on you – with medical professionals, family and friends paying inordinate attention to every movement you make and every word you say.

Then there is the emotional roller-coaster ride or more accurately, the feeling of being on a Tilt-a-Whirl that never seems to stop. Morning and night, all day long, you are up or down, swinging violently from mood to mood. I went from feeling like I had to live for the moment and had to create thousands of special moments to feeling that I needed to slow down and savor every second. My life was no longer an infinite string of days like I believed it would be; it was now finite and confined to the circus ring.

The circus wasn’t much fun for my husband and two college-aged boys. They, along with my dad, siblings, and friends gathered around to support me. This crowd of supporters were the spectators watching in fear as terrifying feats were performed in the ring; they were the people gathered around the perimeter fence, feeling dizzy as they watched me being tossed around but helpless to shut the ride down or pull me off. 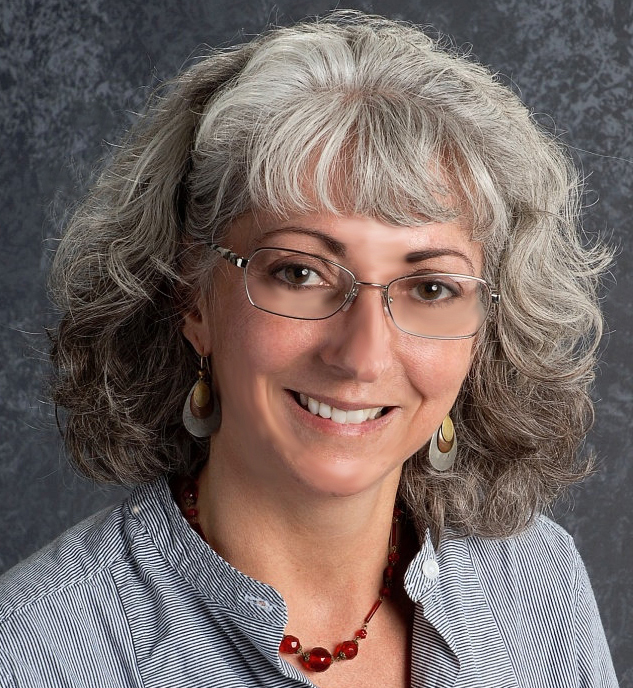 Unfortunately, cervical cancer is not rare and this is an experience that too many women and their families will endure.

There are tens of thousands of women in the U.S. undergoing treatment today and more being diagnosed daily. According to the National Cancer Institute over 12,000 women were diagnosed with cervical cancer in 2013. More than 4000 women died from the disease in the same year. I, like most of them, received the diagnosis in a state of surprise, thinking that cervical cancer was a condition that happened to a different kind of woman.

The vast majority of cervical cancers, over 90% according to the CDC, are caused by HPV (Human Papillomavirus). As a woman nearing 50 who has been married for 25 years to the man I started dating in high school, I wrongly assumed this STD was something I didn’t have to be concerned with. Promiscuous is not a word that anyone would use to describe me!

I have only had two intimate relationships in my life, and I am active in my church and community: I am involved in church leadership, art education advocacy, and I hold multiple master’s degrees. STD’s and cervical cancer, in my mind, happened to women with numerous partners and many pregnancies; women who smoked, were obese, and weren’t educated enough to take care of their health. Of course, I was very wrong.

What I did not understand was that HPV is like the common cold of STD’s – over 75% of the sexually active adult population will contract HPV at some point in their lives. And it sticks around. HPV can remain dormant for decades and flare like the shingles virus that you carry if you ever had chicken pox. Yet the stakes are higher than the virus that causes shingles – several of the over 40 forms of sexually-transmitted HPV, two in particular (type 16 and 18) can cause cancer.

All of these facts – details I had been blissfully unaware of before July 15th – became headlines on my personal circus poster .

Yet this should not have been a surprise diagnosis. There were indications, years ago, that the circus was coming to town. Four years prior to my diagnosis, when I was approximately 44, I started experiencing minor spotting after intercourse. There was no pain. No sense of bleeding out – just a little pink.

Of course I panicked when I ran a Google search and cervical cancer came up as a possibility. I scheduled an appointment with my gynecological nurse practitioner who assured me that all my paps, taken routinely according to the guidelines, were negative. However, to be safe, a uterine biopsy was performed. It was negative.

Over the next couple years, I mentioned the continued post-intercourse spotting at each routine visit along with the profuse clear discharge that I had started experiencing (I was not too worried about the discharge as cultures that were taken indicated it was a normal mucous discharge and not the sign of any infection. Again, there was no pain or blood. No worries.). My next routine pap and HPV test both came back negative; an internal ultra-sound and another uterine biopsy showed no abnormalities. I had also started having the occasional hot flash. I was, it appeared, entering a normal peri-menopause.

As this peri-menopausal time progressed, I began having outrageously heavy periods. As a school teacher, this seriously impacted my work in the classroom. It was during a procedure called an ablation that inactivates the uterine lining, that my Gynecologist discovered the tumor high in my cervical canal – an area that is a less common location for cervical cancers and unfortunately for me, an area that Pap tests are notoriously ineffective in testing for cell abnormalities.

The opening act of this circus was the moment my doctor told me she had discovered something “that didn’t feel quite right” during the ablation and that she had performed a biopsy. The results of the biopsy came back positive for cervical adenocarcinoma – a cancer that accounts for 10 to 15% of cervical cancers – the kind that is harder to diagnosis with routine testing and is often found in later stages.

The more common cervical cancer, squamous cell carncinoma is the variety that presented on the exterior surface of the cervix and is the type that an abnormal pap smear is effective in predicting. With routine Pap testing, potential squamous cell carcinomas can be identified and treated when cells are identified in the pre-cancerous stage. That form of cancer is therefore in decline. Adenocarcinomas are, as a percentage of the total cervical cancers diagnosed each year, on the rise because the pre-cancerous changes are not as easily identified. I was now part of that statistic. Both my doctor and I took a deep breath and climbed on the ride.

The first spin on the Tilt-a-Whirl was her statement that I had tested HPV-positive. My head started spinning with this news. HPV is an STD! My husband and I had just celebrated our 25th wedding anniversary and we had been together over 30 years. I had only been in two intimate relationships in my life. My gynecologist explained that while I didn’t fit the mold, or what we assumed was the mold, for this diagnosis, in reality, HPV is the common cold of sexually transmitted diseases.

I tested positive for HPV 18 – one of the top 2 high risk varieties (and the one considered the most insidious as it tends to hide deep in the tissue avoiding early detection). I knew that there were other risk factors that played a role in causing the changes that lead to cervical cancer; among those factors are extended use of oral birth control, early pregnancies, obesity, and smoking, none of which applied to me.

I considered myself a poster-child of low-risk living. I’m a high school teacher; I go to the gym and maintain a healthy BMI; I volunteer for my church; I have never smoked and was only on birth control for a limited time. My gynecologist shook her head wishing there was an explanation other than bad luck. I began feeling like a freak in the circus side show.

The next few weeks were a crazy and half-remembered rush of tests and consultations. The endless conversations and phone calls with family, friends and co-workers were the worst part. I had my husband answer the phone when I was too exhausted to say another word.

My summer ended when the PET scan showed that the cancer had not yet metastasized, and I was a candidate for surgical removal of the tumor. On August 14th, I underwent a robotically-assisted radical hysterectomy. My oncologist removed the entire uterus and cervix along with my ovaries, tubes, the upper reaches of my vagina, and as many of my pelvic lymph nodes as she could locate. The aggressive surgery was successful with the pathology report showing that the lymph nodes and the margins surrounding the tumor were clean and cancer-free.

An 8+ week recovery period prevented me from starting the school year in September – a small cost compared to the threat of leaving a cancer in my body. Yet the circus, in a scaled down form, remains parked in my yard. The recovery is ongoing – too much activity too soon caused surgical complications that I am still dealing with nearly 6 months after the surgery. In addition to that, I will visit with my oncologist every three months watching for any signs of metastasis – cancer cells that might take up residence and grow in other areas of my body. This will continue for years. And I am truly one of the lucky ones – I needed no radiation or chemotherapy. Thousands of women will not have such a quick resolution and many will eventually die as a result of their cervical cancer.

I have experienced significant post-surgical complications and sexual dysfunction. My husband, a patient and loving partner, often reminds me that he would gladly give up sex if it means I will stay healthy. Of course, there is no easy guarantee of that! He also deals with the guilt of assuming he gave me the infection that lead to the cancer. And I still have the occasional fit of anger that it may have been his lifestyle prior to our meeting that caused me to get cancer decades after our marriage. Counseling has helped me deal with the anger and the fear of recurrence that I harbor. I wonder what me future and that of my family will be if the cancer reappears.

Yet, the future is promising for women younger than me: it promises that fewer women will unwittingly join the circus that I experienced. A highly effective vaccine, available to young women and men up to ages 26, will eventually make cervical cancer a rarity.  The vaccine, now effective against 9 high risk forms of HPV, can be administered as early as age 9 when the immune system is most receptive. Ideally, the vaccine is given before sexual activity starts. For women above that age group and who did not get the vaccine (or got the vaccine early on when it only covered 2 to 4 forms of HPV), new guidelines are being introduced with a recently FDA-approved test that more accurately screens for the high-risk forms of HPV. While no test is 100% sure of catching every case of disease or cellular change, early warning through routine Pap and HPV testing can give medical professionals the information they need to make treatment decisions much earlier.

In the future, the only thing standing in the way of virtually closing down the cervical cancer circus in the US will be a woman’s disregard of her body’s subtle changes and a refusal to get routine, annual exams and testing according to updated guidelines. Trust me, this is not a circus you want join or even one you want visit with a mom, sister, or female friend!” – Carolann