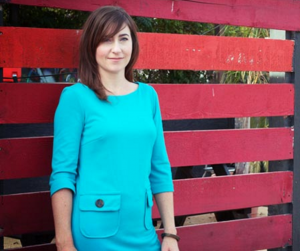 Five doctors and five Pap tests in two years. That’s what it took to figure out what was wrong with me. That and persistence. According to the doctors, I had recurrent yeast infections. According to the Pap tests, everything was fine — 100 percent perfectly normal.

But “normal” I was not. Every month I was having the same symptom: a yeast infection without the itching. I knew something was wrong, but the doctors all made me feel crazy.

“Eat yogurt, it contains natural bacterium to kill the yeast.”

“Stop wearing those tight jeans and stockings, they’ll give you a yeast infection every time.”

“What kind of soap do you use? Switch to Ivory.”

When picking up a prescription, a pharmacist had the gall to suggest that I wasn’t having enough sex.

Yeah, that was the problem. The health books I read insisted that I swallow acidophilus pills and put garlic “up there.” Monistat became my best friend. I’d use the cream thinking that it would work better than the suppositories.

The next month, when my symptoms returned, I’d use the suppositories instead of the cream. The month after that I’d figure that I must have killed all the yeast and now the bad bacterium were taking over. I’d call the doctor and ask for another prescription.

This was my life for the better part of three years, maybe longer. In that time, I changed jobs twice, got engaged twice and got married once. Sex didn’t happen that often, but I was blessed with a very understanding husband. He had to be even more understanding after I started bleeding profusely after sex. That’s when I knew something was very wrong. When I called my doctor, I told him I’d been bleeding while using Monistat (just a coincidence I now know), thinking there might be a connection since I was using it nearly every month. He said, and I will never forget his tone, “Monistat doesn’t make you bleed.” He might as well have punctuated the sentence with “dummy!” I still wonder why he didn’t ask himself what was making me bleed.

I remember the exact moment I knew what I had. It was 1998 and I was sitting at the computer in our 400-square-foot studio with my back turned to my husband who was watching TV. I had done an Internet search and all my symptoms were on the screen in front of me: unusual discharge and bleeding, history of human papillomavirus, or HPV. “I have cervical cancer!” I blurted out.

It would take months for a doctor to confirm my self-diagnosis. Two Pap tests came back normal (I’ve since learned that regular Pap tests are only about 65 percent accurate, but that thinprep tests, now standard, are more accurate). However, seeing that I was bleeding, my (new!) doctor ordered a colposcopy. She wouldn’t tell me those results over the phone. I had to come into the office; I had to bring my husband. That night, I didn’t sleep. I just laid in my husband’s arms and cried.

We traveled into Manhattan the next day to hear the results. The colposcopy showed that I had invasive cervical cancer, which would require me to have a hysterectomy and soon. We were given the name of a gynecologic oncologist (I never even knew such a thing existed) and made arrangements to see her. We left the office, stunned, and decided to make the most of life, and lunchtime, in New York City. We dined at Mesa Grill.

I know that I must have been scared after talking to the doctor, but honestly what I remember most was feeling absolute relief. After years of torture, I finally knew what I had. I had cancer, but I wasn’t crazy. They’d have to do a hysterectomy, but I wasn’t crazy. I had invasive cervical cancer and I had diagnosed it months earlier, but I was not crazy.

I called my mom. I only vaguely remember that conversation. I was 28 years old, and I don’t think I was putting on a brave face; I think I was brave. When you’re in your 20s, you still have some of those leftover teenage feelings of invincibility. Good thing.

In Dr. Maureen Killackey, now the clinical director at New York Presbyterian/Lawrence Hospital Cancer Center, we had the best oncologist and surgeon anyone could ever hope for. She was brilliant, articulate, understanding, thoughtful and compassionate. And she also recognized in me a certain curiosity.

When you’re told you have cancer, you tend to imagine it taking over your body, sending out tentacles and regenerating itself as soon as any of its feelers are cut off. You think of it as a living creature inside your body sucking your lifeblood and taking over every organ. But Dr. Killackey put those images to rest. She asked, “Do you want to see your cancer, actually visualize it in your body?” How could I not? I was desperate to picture this thing, this entity that had ruined my sex life for years, that had dictated my diet, controlled my thoughts and made me think I was insane. Using a tiny camera hooked to a video monitor, Dr. Killackey showed me what cancer looks like. It was exactly the size of a pencil eraser. That’s it. From what I could see, it didn’t have tentacles and it wasn’t wrapping itself around my organs. It was mere millimeters in diameter. It was nothing.

After we left the office that day, I had a new reality: I wouldn’t be able to get pregnant, but I could have my own child through a surrogate someday because I’d get to keep my ovaries and, therefore, my hormones. I also knew that this disease called cervical cancer was beatable. My cancer — detected early because I was persistent and lucky — had met its match. Walking across 57th Street, I may have felt scared, but I also felt empowered. I knew what I was up against, and I knew I was going to be just fine.