Many of you have probably already read my first blog “From Mother to Mother” or even “My Story” on Cervivor.org, so I’d like to get straight to the point about living with recurrent/metastatic cervical cancer.

I’ve been fighting cervical cancer for almost three years and it’s been pure hell. Surgery after surgery, plus infections that land me in the hospital usually for a week straight each time. And at Massachusetts General Hospital on the 21st floor – the Phillips Unit, just for women with gynecologic cancers – the nurses know me by name. When they’re at the nurse’s station reading who’s being admitted, before I’m even up from the ER, and they see the name Jillian Scalfani, they know exactly who I am. 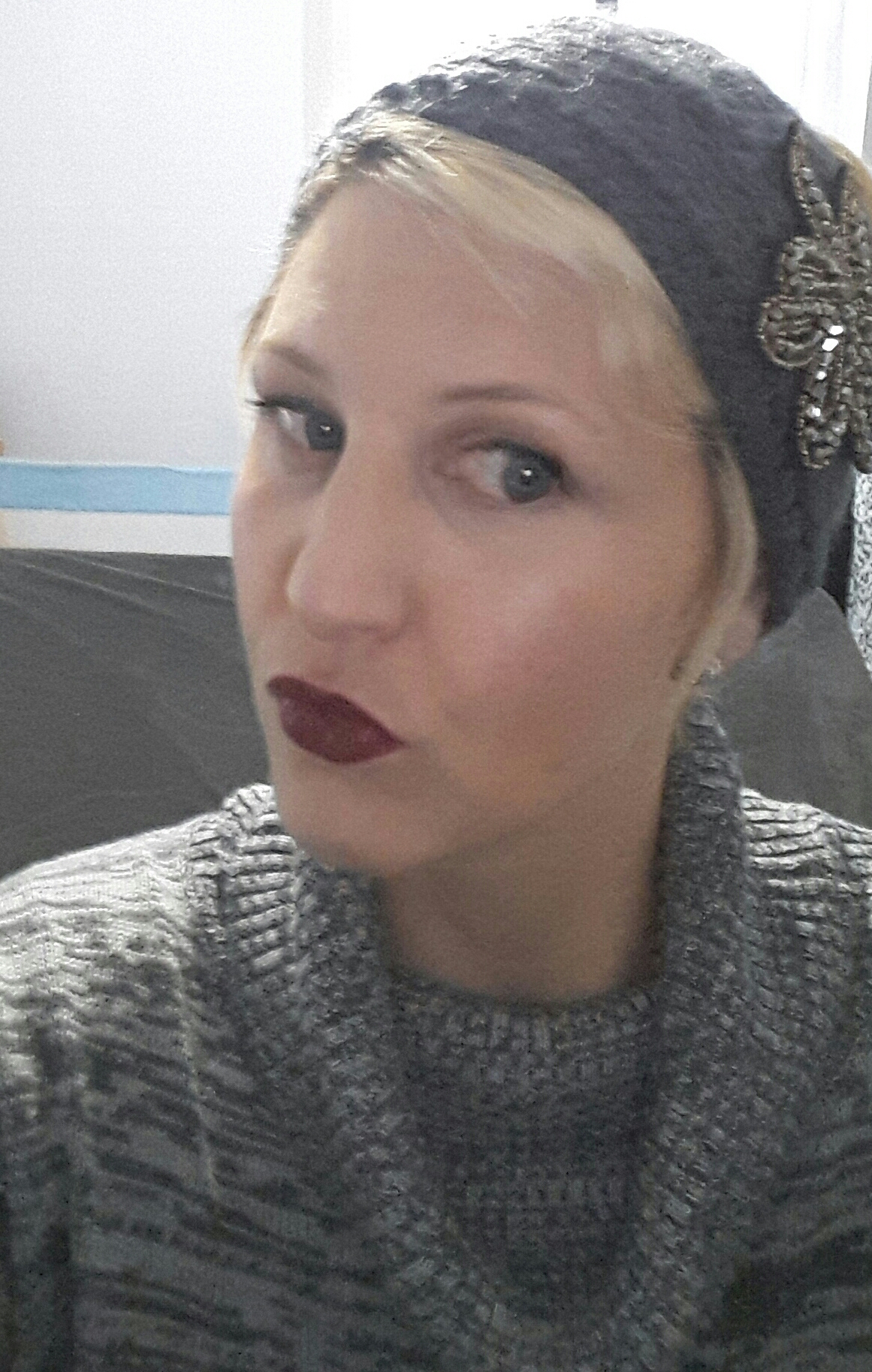 Well, guess who’s back. My cancer, my second recurrence, just as I knew it would return. It’s never just going to go away or ever be cured, not in my lifetime at least. Recurrent cervical cancer has no cure, just temporary treatment to keep it at bay, and to be quite honest cervical cancer doesn’t have many options. But that doesn’t mean that I can’t have hope and drive, because I do and I’m literally giving it my all to keep going.

I’m doing everything I possibly can; I’m advocating for myself, constantly reading information on new cervical cancer research, thinking and looking for that next step. I’m on clinicaltrials.gov for hours at a time looking for a trial suitable for me. Which isn’t easy by the way, even though it’s a trial for cervical cancer I may not fit the study’s criteria. When it comes to these trials, there’s long work-ups and I know this because last October I had to abort the study I was in.

Last May is when I found out about my second recurrence. So that’s when I decided, if my cancer isn’t going anywhere a clinical trial is definitely worth a shot. This time not only did my cancer come back, it metastasized to my bladder. I also have a conglomerate of several nodules on my left pelvic side wall and an implant behind my bladder.

While I was waiting to get into a clinical trial for immunotherapy at the John Hopkins Hospital-Sidney Kimmel Cancer Center in Baltimore, Maryland, I also had genomic testing done on my original tumor sample. This test showed I had a cell amplification called EGFR, epidermal growth factor receptor. It’s not a mutation, but is very similar to one, and it makes my cancer grow faster and have a poorer prognosis.

Every two weeks I would fly down to John Hopkins Hospital and get my experimental infusions, called Opdivo and Yervoy. For most of my infusions, I would meet Tamika Felder, the founder of Cervivor, at BWI Airport and she would join me for treatment. Sometimes I would have to stay for a few days, due to biopsies or extra lab work needed for the Bristol-Myers Squibb drug study. So she would take me out to show me around, we’d go out to eat and enjoy each other’s company.

During my immunotherapy, I had some issues I thought were minor, but of course that wasn’t the case. Off and on I was having upper abdominal pain and a hard time moving my bowels. So after many infusions I had my scan. I had no new growth, but my tumors had grown by 22% and we were hopeful it was pseudo progression. With immunotherapy pseudo progression is common, meaning your tumors appear to be larger because the T-cells are infiltrating the tumors before they shrink.

As I continued with treatment, I was still having bowel issues so my team decided to do a colonoscopy. That’s when we discovered the tumor behind my bladder was now invading my colon, which wasn’t visible on the scan. So, unfortunately, immunotherapy didn’t work for me. I had to abort the trial and return home to do more chemotherapy that didn’t work either, but kept the tumors stable. That’s when we decided I needed a colostomy bag. Not only was I devastated that immunotherapy didn’t work, I now had to face another surgery. If my bowels were to rupture, I could have become septic, which can be fatal. 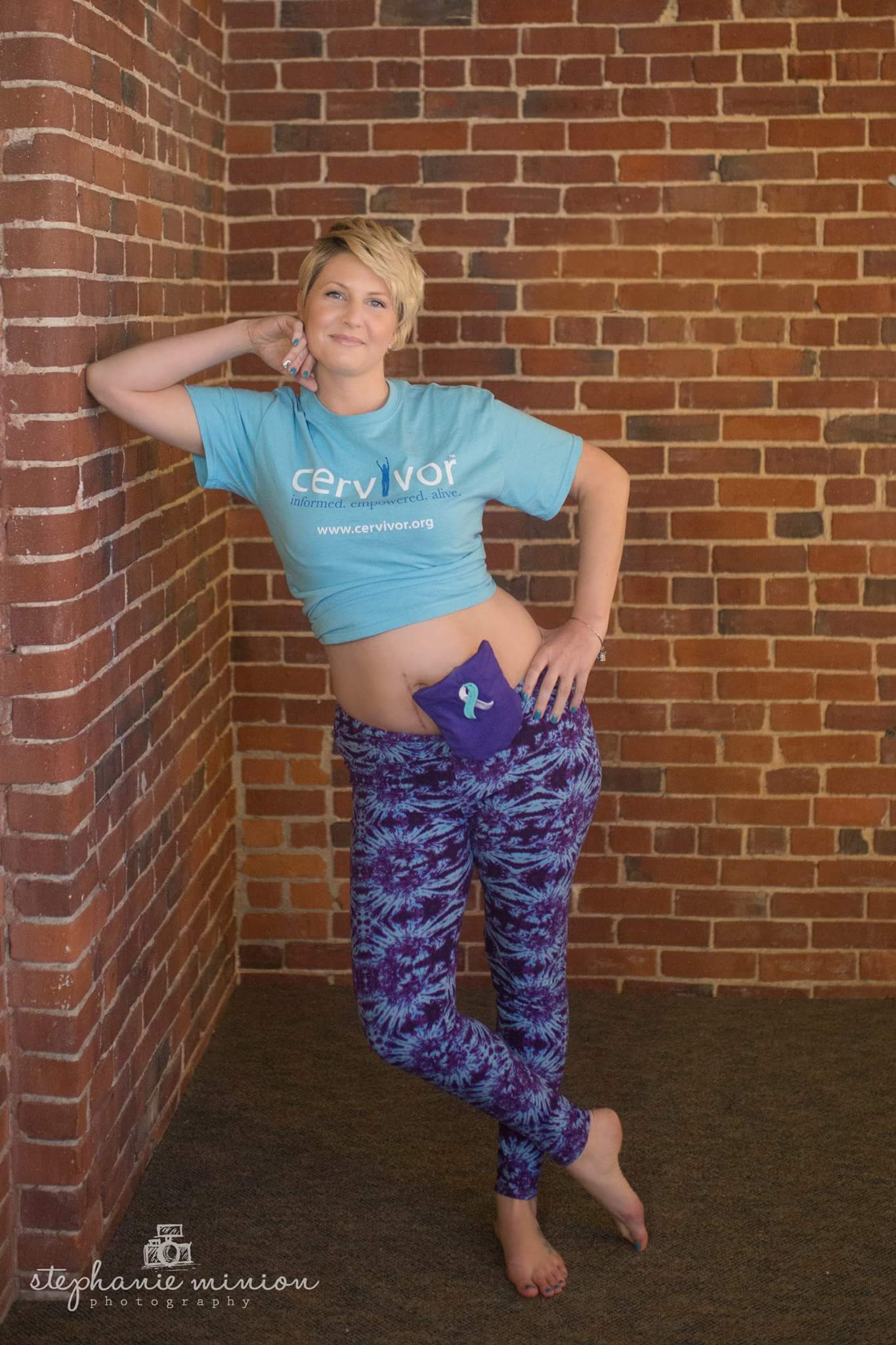 Recovering from colostomy surgery was painful. I never had a C-section, but I feel as though I can now relate to women who have. Every sudden movement hurt so badly; every time I had to cough or sneeze it was just torture. Sounds like fun right? Does this sound easy? It gets better…the chemotherapy I was on after immunotherapy failed and made my hemoglobin levels so low that I needed a blood transfusion. I had two transfusions, but it was the second one that I had a rare but serious reaction to. I remember being home after the infusion and feeling really sick, like the worst flu ever. The pain was so bad, along with other

symptoms so I called Massachusetts General and explained what the day entailed and they told me to come in immediately. So naturally when an ER trip is needed, I call my dear friend Lisa and she comes over to bring me to the hospital.

I remember, while waiting for Lisa, hugging and telling my nana how sorry I was. I told her I really thought this was it, my body was rejecting everything and I really thought something terrible was going to happen. We just hugged and cried; I told her I was afraid to die and, worst of all, to leave my children. My nana was crying so hard saying she wished it was her and not me and I died a little more inside, knowing how much she was truly hurting too.

I’m now on another chemotherapy cocktail, Taxol/Carbo. I’m going to lose my hair again and I’m extremely nauseous a co

uple of days after treatment, but I’m determined to keep fighting and to stay as strong as I can mentally, physically, spiritually and, most importantly, emotionally. Not just for the sake of me, but for the sake of my children. I’m pretty open with my 14-year-old and he knows everything that’s going on; he may not entirely get it until the worst happens, but I feel as though being open and honest will be the easiest way for him to cope.

I’m trying to set an example for him and my youngest one, he’ll be five in May. I want them to know that sometimes life isn’t easy, and when we face these hardships we have to use the pain for fuel and keep going. This situation is extremely hard for me; I’m angry, sad, hurt, confused to how and why still. After never missing a pap test, never testing positive for HPV but having it, HPV is irrelevant at this point, I have cancer that’s going to take my life. I truly have the weight of the world on my shoulders and then some. I have personal issues that I don’t want to disclose going on that no mother, or no one dealing with cancer, should have to deal with.

So what’s so EASY about cervical cancer?

Absolutely nothing! The treatment is horrible, the long-term side effects from chemotherapy, radiation and surgery are as well. The PTSD that we suffer from is very real, not to mention how much our loved ones suffer. Every day is different for me. Every day I allow myself to cry and grieve, but at the same time I have to remain strong and I do. I’m a fighter, no matter what the outcome, it’s in my blood.

10 thoughts on “There’s Nothing “easy” About Cervical Cancer”