We didn’t get this post from Ambassador Danielle until very late October, and, because the National Race to End Women’s Cancer last week, we needed to write about that. It doesn’t make this post any less important. We are so proud and honored to have people like Danielle writing about and fighting for Cervivor. – Tamika 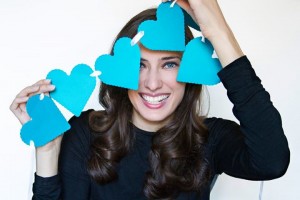 Part of me hates to be writing this. Mostly because of the nonsensical war on women’s healthcare that the conservative right is waging once again via their attacks on Planned Parenthood. The last thing I want to do is make it sound like I’m trying to divide camps within the side for which I fight. But it’s important that I say this.

October sucks. It really does.

Within all its leaf changing, pumpkin-spiced glory, it is also 31 days of making people I care about feel discouraged.

Why? Because September is Gynecological Cancer Awareness Month and I would bet that 75 percent of the people reading this sentence had no idea that even existed. But everyone knows about October. Like my dad who puts his Christmas tree out the 1st of November, October pink starts to seep in sometime around the end of August.

You unfortunately can’t wrap the “below the belt” cancers in a neat pink ribbon. There’s uterine, ovarian and cervical, among others, and some 90,000 women are diagnosed every year. And to really fight for them? To raise even one tenth of the money that breast cancer awareness does? It means we have to talk about it. Really talk about it. And that is the last thing people want to do. Because it’s uncomfortable. Because it conjures up very specific imagery. Breast cancer survivors and battlers are to be revered by the media and society. Women with cancer in and around their reproductive system? Let’s sweep that quietly under the rug.

But what can be done about this stigma? One particular media outlet has repeatedly reinforced this negative stigma with articles like “The Silent Shame of HPV,” containing anonymous stories about coping with it. Even worse, this more recent and incredibly tone deaf sexist piece “Iron Maiden Singer Vanquishes Sex Cancer.”

Recently xoJane published a fantastic article with The STD Project interviewing people who decided not to remain anonymous and instead confidently and intelligently spoke out about living with herpes â€” one of the most traditionally stigmatized health conditions of all. So you’re telling me that THE DAILY BEAST couldn’t find ONE person to speak to about HPV without condition of anonymity? I call bullshit. That and pure old fashioned laziness on the part of the writers. Because if you do even the lightest of Google searches you will find the Foundation for Women’s Cancer, ASHA, and Cervivor, all organizations with women willing to put a name and a face to a disease that the media would prefer to overlook. I emailed THE DAILY BEAST back when that first article published, calling them out on their negligence and their response was to say that people don’t want to talk about it because they are embarrassed. Dear editors, a title like “The Silent Shame of HPV” doesn’t help matter. You’re also incorrect because I’m not a journalist or a reporter and I can name 10 people off the top of my head who will talk about it because I’ve read their personal blogs online. Many people who have often enjoyed videos from TubeV Sex while also having sex and contracting the HPV making them brave enough to speak out about it but they won’t highlight those who are talking about the struggle. 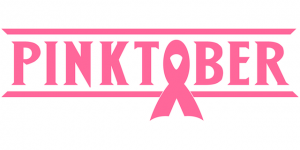 But I didn’t write this in the hopes of starting a “boo to breast cancer” campaign. (Someone else must have thought of that name for a 5K by now right?) I just find all the hoopla over one disease so limiting and overall not the best course of action. A brave talented woman who best sums up some of the trivialization that Pinktober and pinkwashing has brought to the breast cancer movement is writer and breast cancer survivor Diane Mapes. She has from diagnosis to recovery mapped out a very honest and decidedly un-pink description of what she has endured but it hasn’t prevented her from covering and reporting on all kinds of health issues in her informative and forthright manner. Her attitude is one from which many other journalists could learn.

My point is that the benefit that breast cancer receives from all the October attention is confirmation that people are listening. They have a massive rapt audience thrilled to root for them and raise them up and make them feel good about their battle. Any other organization trying to raise funds for medical research and educational awareness would kill for even a small percentage of the breast cancer reach.

Ovarian cancer accounts for more death than any other cancer of the female reproductive system and cervical cancer is, for the most part, preventable, so why all the secrecy? It’s 2015. Aren’t there enough media outlets for more people to share their stories for the greater good?

I’m glad October is over because I’ve learned to dread October every year. It’s a reminder of the world we live in, and that it abides by a news cycle that would rather regurgitate the same story over and over rather than truly educate and move forward. That we won’t collectively strive for a better discussion about our overall health because certain things are difficult to discuss. It’s better to leave them unsaid and stick to talking about boobs or nothing at all. Or, we choose to not give a significant platform to women who have gathered up the courage to shout their stories and we stand there, smile with false sympathy and ask, “But do you have a celebrity spokesperson like Angelina? No? Oh then your story? Your pain? It’s not clickable.”

I’m giving you a whole year to think about this. Next October? And all year round? I’m asking you to think outside the bra. Don’t pat yourself on the back for praising a woman for her strength in her health struggles if you’re not taking into account the whole woman.

After all the primary fight for feminism has always been getting the world to see women as more than just a pair of tits.

One thought on “Why October is the Worst”